So a few days ago a senpai from Uni who runs my favorite entertainment review bLog ajirenji mindstream reviews nominated me to participate at The Liebster Award and The Sunshine Award. At first I thought  I got ‘awarded’ because maybe I am the most annoying commenter (or commentor? commentator?) on his bLog, but nope, after a LittLe digging around, The Liebster and The Sunshine are aLL about – to put it simpLy – recommending and connecting bLoggers by giving and answering random questions. Or, it is a bit Like those random questions note-tags back in my heydays on Facebook :p

Before we got to the fun Q&As, here’s the ruLe for Sunshine Award

I just can’t decide between CiLLian Murphy or RaLph Fiennes.. And Tom HiddLeston is certainly not helping..

*nope, not going to attach any pictures of them because I’m too Lazy*

(Oh this one is easy) The Sandman The Dream Hunters by Neil Gaiman, illustrated by Yoshitaka Amano. I have to admit, it was the Amano factor that made me grab the book in the first pLace, but then it introduced me to the wonderful Mr. Gaiman. Plus, other ‘background factors’ when I bought it were so sweet.. *jumps to nostalgia mode* 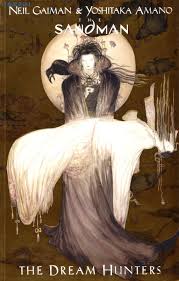 Chicken and cheese and curry. I’d have them all in one dish. And after that, chocoLates.

MineraL water. My cousin said I’m a hermit because I never drink anything but mineral water since I was a kid.

Please don’t make me answer this. It breaks my heart.

Plaza Senayan XXI. But lesser points for the price 😦

Cats and every kind of their big felines kin. But I aLso have super soft spots for elephants and turtles/tortoises.

Solo, Indonesia, and Kyoto, Japan. Both have lots to do outside the roof of shopping malls and the food scene can really bust my diet in just one day.

Chrisye’s Kala Cinta Menggoda. It’s a bit cheesy, but I Love the toned-down goLds and gLams and the Indonesiana costumes..

But aLas, there was no video of it that does not contain karaoke Lyric text.. So I’m just going to do with the second -cLose- favorite:

Phew. One down, one more to go.

The Liebster aLso has it’s own set of ruLes, which are:

I think I’m quite satisfied with Harry Potter. When Harry Potter And The DeathLy HaLLows part B reached its end and rolled the credit titLe, I cried because I felt Like my adolescence have finally come to an end, too (mind you, it should have ended Loooong before HP ATDH-B came out).

See the answer of question No.1 on the Sunshine Award section. Even when they would only be standing on the sidelines.

Well.. He is good at both, but there’s only so MUCH eccentricity I can take from one man being many other men.. 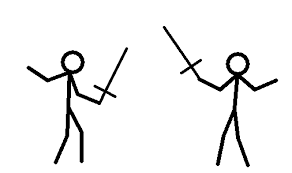 It’s the one with Andrew GarfieLd, isn’t it? Well, from Andrew Garfield-wise, it was quite necessary. But otherwise.. I don’t think so.

A tie between Beauty and The Beast and The Little Mermaid.

BasicaLLy everything directed by Hayao Miyazaki. His characters aLways eat with so much gusto that How’s Moving Castle made me crave sunny side up and bacons for breakfast even though I remember – years before HMC came out –  the first time I tried bacon I threw up. I substituted them with sausages ^^.

Lutung Kasarung. Imagine a CGI-heavy man-ape (or an actor in a goriLLa-orangutan hybrid rubber suit) building a fairy  animal kingdom in the depth of Java’s forest. And there would have to be a scene where a girl bathe in the river. And bare-chested men and women with ridiculously long locks in tube tops. And a giant rajawali – oh wait, there are no rajawalis in Lutung Kasarung.

Or the story of Roro Jonggrang and candi Prambanan. Or Gajah Mada of Majapahit on the brink of Perang Bubat. Or.. or.. *I’m going to stop for a while because cLearLy my imagination is having too much fun.*

Chrisye – because he’s the only Indonesian artist whose songlist is familiar to me. Oh, and Sheila on 7.

So, who’s up to make a movie from Question no.8? Preferably not anyone backed by the Punjabis.

Okay then.. Lola Amaria, Teddy Soeriaatmadja, please come here and let’s have a marbLe-in-spoon race. The winner can take the check. Make anything you want with it.

Now, the hardest part is to choose the next nominees, because.. I don’t have that many bLogger friends or friends who bLog anymore 😦

But anyway, here are the nominees (no pressure to do this, feLLas, none at aLL) :