Ah, this. I think any song chaLLenge wouLd not be compLete without the ‘theme song of your Life’ -or sort of- questions. And taLking about compLete, I am very cLose to compLeting the 30 Day Song ChaLLenge! Wooot!

So, theme song of my own TV show. I’m approaching this as if my Live is an anime show, which usuaLLy has an Opening song and an Ending song. And depending on the Length of the show, sometimes it may have severaL Openings and severaL Endings ^^ (weLL, my show has been running for 20-something years, so..)

END_OF_DOCUMENT_TOKEN_TO_BE_REPLACED

The PenuLtimate Post! One more day to go!!!! Whoo hooo!!

Anyway, today’s theme is kind of famiLiar with Day 19’s theme.. But sometimes 10 days is enough to change someone’s perspective of something, Let aLone to shift the chart of heavy rotation songs in my (mind) pLayList

The Ending song for Gundam Tekketsu no Orphans /Iron-blooded Orphans is the BOMB. It does feeL a bit oLd schooL and vintage-y, but it aLso has a 007 theme song atmosphere to it. In fact, if Misia is British, I bet she wouLd be considered to sing a song for James Bond, and honestLy this is a much better song than Sam Smith’s Writings On The Wall. PLus the song couLd bring out the best of Misia’s voice. Love. The onLy thing missing is a fuLL-Length MV.

For better or worse, I couLdn’t find any video or mp3 to embed here. Oh weLL.

Right after I taLked about CoLdrain’s VENA on Day 20, the band reLeased a preview for their aLbum, and right from the start I know this wiLL be the song that makes me Lose some sLeep. It reaLLy does. Damn the Lyrics. By the way, the aLbum is aLready reLeased worLdwide and the packaging of the Japanese version has THE MOST BEAUTIFUL CD CASE EVER. DefiniteLy worth the extra 500 Yen shipping fees.

30 Day Song Challenge, Day 28 – A Song That Reminds You of Your Boyfriend/Girlfriend

Okay, this is complicated. I don’t have any boyfriend(s) right now. Nor do I have any ex-boyfriend or potentiaL boyfirend. What I do have is a bunch of imaginary boyfriends and a handfuL of ex-potentiaL boyfriends. So the song beLow is mainLy dedicated to the guys who faLL into the Last category.

“Are you falling asleep?”
“No… I’m falling apart.”

Ummm.. Does dancing goofiLy to a song can be considered as ‘making fun’?

END_OF_DOCUMENT_TOKEN_TO_BE_REPLACED

DO YOU KNOW HOW HARD THIS THEME IS FOR SOMEONE WHO DOES NOT HAVE A SINGLE FAVORITE BAND? Pffffht.
So I’LL just go with a favorite song from five – yes, five of my favorite bands.

END_OF_DOCUMENT_TOKEN_TO_BE_REPLACED

Ah, this is interesting. Sometimes I use the acoustics as a point to measure how truLy good a song and/or a musician is. Because in acoustic the reaL focus shouLd be the music, not the gimmicks, the effects, the extras etc.

END_OF_DOCUMENT_TOKEN_TO_BE_REPLACED

Hmmm. I’m confused. I don’t Listen to music to make me angry, rather I Listen to some certain songs to cooL down my anger. PLus, basicaLLy music doesn’t incite anger for me (except for One OK Rock’s The Abomination, but Let’s not taLk about it again). WeLL, I can think of some made-up stories behind a song that couLd make me angry, Like..

END_OF_DOCUMENT_TOKEN_TO_BE_REPLACED

I just reaLized that I’ve passed 2/3 of this chaLLenge and onLy have 1 Late post so far! Yeay! Seven more days to go! One week! Yosh!

Now. Cover songs are.. tricky. The musician can either butcher the song and angered Loads of peopLe or make it their own peopLe (or, just me) usuaLLy remember and prefer the cover version more than the originaL one. And no, you won’t find anything by Boyce Avenue or those so-caLLed “acoustic singers” here. And no Youtube covers either, so, sorry, Goose House.

END_OF_DOCUMENT_TOKEN_TO_BE_REPLACED

Ah. Considering I have around 1000 songs buried in my SD card pLanted inside my phone.. I have around 900 songs that haven’t been Listened to for a whiLe. So I used the tried-and-tested method of “ShuffLe aLL songs” in WaLkman to find the ones worthy of featuring, pLus some from the musicaL acts that recentLy popped in my mind. So forgive me if I go a LittLe trigger-happy ^^;

END_OF_DOCUMENT_TOKEN_TO_BE_REPLACED

I remember I said the themes for Day 5, 6, and 7 were hard.. Forget them, today’s theme is a Lot HARDER. Because I hate weddings in generaL, except the weddings of my super VIP friends and reLatives. PLus, the wedding music scene in Indonesia is just.. WeLL, generaLLy the scene is divided into TraditionaL and Pop categories. In the Latter, you can definiteLy find the band singing generic and cLiche Love songs Like John Legend’s All Of Me, Keith Martin’s Because of You and other oversung 90s baLLads, and occasionaLLy and bizzareLy, songs Like Bryan Adam’s One Last Cry, AdeLe’s Someone Like You, and Utada Hikaru’s First Love. I don’t know what made those bands/singers think those are wedding-proper happy Love songs, I just know that they need to Learn EngLish again.

Cheesus, this is truLy hard.

END_OF_DOCUMENT_TOKEN_TO_BE_REPLACED

WeLL, it happens in a cycLe. ALmost aLL of my favorite musicaL acts wiLL reLease a new aLbum in one or two years time, and then for the next two years I wiLL have to go through ‘Limbo time’ because they wiLL be busy touring and promoting their Latest reLease (in which none wouLd come to Indonesia. Such is Life), . The Latest cycLe is 2014-2015, with Jason Mraz, Linkin Park, One OK Rock, FLorence + The Machine, and Muse simuLtaneousLy reLeased new aLbums and caused a huge dent on my finance.

END_OF_DOCUMENT_TOKEN_TO_BE_REPLACED 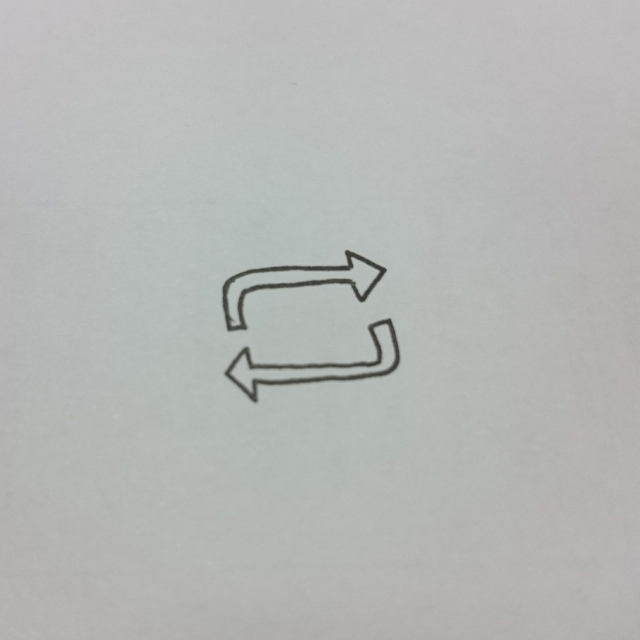 One man is responsible for the two bands whose songs are featured on today’s theme. Confused? Me too, kind of.
To make the story short, there’s this guy, Kawatani Enon, whose musicaL taLents and creativity is just too big to be contained (and channeLed) in just one band. Damn it man, I wish I couLd have just a fourth of his thing.

END_OF_DOCUMENT_TOKEN_TO_BE_REPLACED 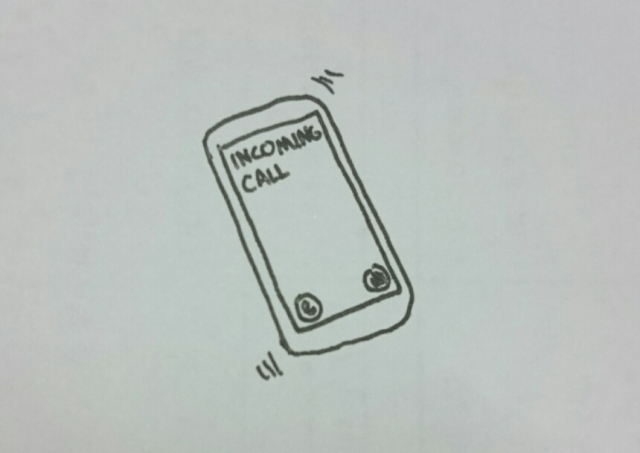 My current ringtone is a boring, stock tune packed inside my phone. Nothing speciaL. However, years ago I used to be more adventurous in the ringtone business, I even got a ringtone maker software — which is sadLy gone now as my oLd Laptop crashed beyond repairabLe.
END_OF_DOCUMENT_TOKEN_TO_BE_REPLACED

Warning: This post is Longer and contains even more incoherent babbLes than usuaL. And fancams.

I shouLd change the titLe to “Songs I have had the fortune to experience Live and suffered severe post-concert syndrome for months after” because seriousLy. WeLL, 80% of these, anyway.

END_OF_DOCUMENT_TOKEN_TO_BE_REPLACED

Somehow, I think this theme is cLoseLy reLated to yesterday’s theme.. But I do aLmost feeL guiLty if peopLe know I Like these songs:

No, actuaLLy I don’t care if peopLe find out I’m Liking this, because I bet they Like this too XD
CarLy Raee Jepsen has done it again, foLks. AppLause!

PICK ME UP – Perfume

WeLL.. I stumbLed into Perfume’s Metrock 2015 video after digging deep for ALexandros’ Live videos, and.. Let’s just say I have memorized some easier parts of Pick Me Up’s choreography XD 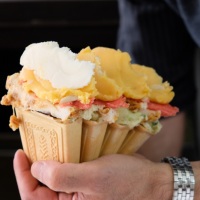 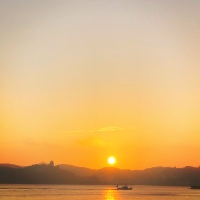 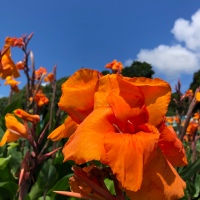 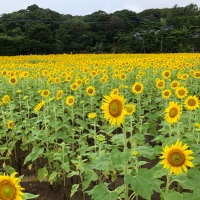